On the first day of the camp we met up at the hotel before heading out for a long run in a somehow sunny Wales! We took in the hills and local sites before coming together for a group photo by one of the town’s online pharmacy no prescriptions tourist destinations – a huge waterfall called Swallow Falls. (See group photo bottom left.)

We headed back to the bunkhouse where we would be spending the next two days training. On the Saturday morning we focused on technique and running form ascending and descending hills, then after lunch carried out a tough session on the hills of 2x3x1minute efforts with a 45 seconds recovery followed by a parlauf session around the lake.

The training was physically tough on my legs with the challenging terrain, but I felt very privileged to train with the best young mountain runners in the country. I am proud to have ran wearing my Wolves & Bilston vest this season for mountain running and would like to thank all members of the club who have supported me fully throughout the season.

Since writing this we are pleased to report that Jamie has been picked to run for England in the World Mountain Running Association in Bulgaria. 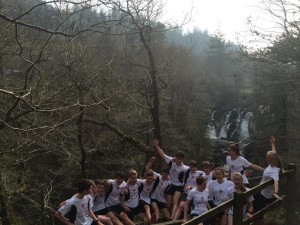 Athletes that competed for Staffordshire from the club are as follows: