The ladies had a great season coming fourth in the league (and very nearly third). They were led by Tess Clarke who was 6th on the day and 2nd overall. Dani Rawlinson  had a great debut in the senior ranks getting the award for the second best junior for the season.

The full results are on www.midlandathletics.org.uk and www.westmidlandsrunningscene.co.uk and there are lots of photos on the club facebook site.

A full strength squad in the men’s race meant that we staved off relegation and came 10th for the season. The star buy ativan without no prescription runner was evergreen Dave Smith who was a counter in each race.

Many thanks to all the superb volunteers at Aldersley on the day. A special thanks to Karl and Trish Morgan for managing the teams through-out the season.

The Young Athletes were at Perry Park on Sunday and had another great season finishing second out of twenty one teams. There were lots of stars which we will hear about on the Presentation Night on April 20th. Grace Smith was the winner of the Under 11’s league and the Under 13 girls who won their league. The full results are on www.wmyacll.com 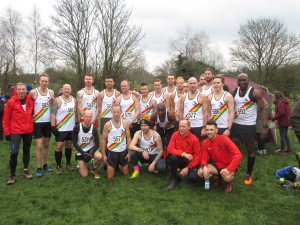