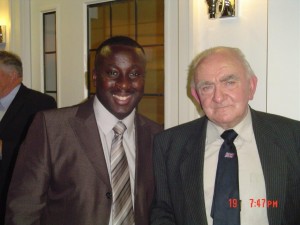 Thursday 21st May 2015 will be remembered as a special occasion for the club as the Aldersley track was re-named the Ken Evans track in memory of Ken who was our long serving club secretary  a stalwart of athletics in Wolverhampton and the Midlands since joining  Wolverhampton Harriers in 1949 , then playing a significant part in the the merger with Bilston town to become Wolverhampton & Bilston A.C  in 1967.  A gathering of ken’s family  former athletes coaches and club officers from the 60’s 70’s and 80’s and the present coaches and committee members all turned up to share their fond  memories of Ken. Mary Harding welcomed all the invited guest and made the opening speech sharing her personal memories of Ken this was followed by some  great stories about Ken from former club athletes Neil Jackson Eddie Starrs, Peter Kelly and  Dave Guest. Nigel Roberts- Powis  who was also an athlete team manager and Aldersley stadium manager during our golden era of the 70’s and mid 80’s recalled his  personal memories of when he joined the club and how he was introduced to Ken and how Ken was instrumental over one of the most  successful periods in the club history. At 17.30 Peter Holmes MBE and chairman of Wolverhampton Sports Advisory council conducted the unveiling of the plaque which stands proudly on the back straight of the track. After the ceremony a one mile run took place on the track with several  club athletes and coaches running a mile in memory of Ken Evans. I would like to thank Mary Harding and Peter Holmes for all the hardwork in getting this agreement with the local council  and arranging  the renaming of the track in Ken’s name. Ken would have been very proud and honoured to receive this recognition and this will ensure he will never be forgotten for his dedication and contribution he made to Wolverhampton & Bilston A.C for 65 years

The event was covered by the Express &  Star (please click on link below). 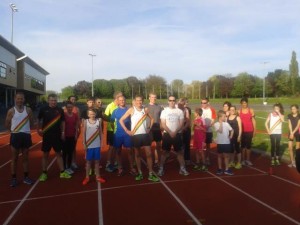 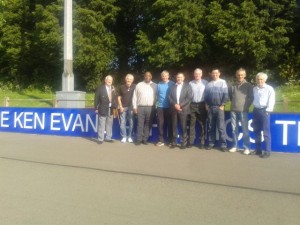 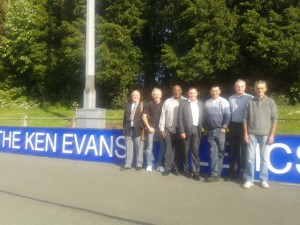 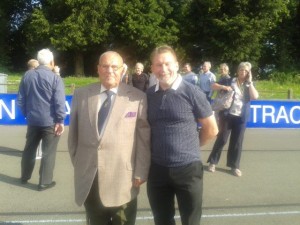 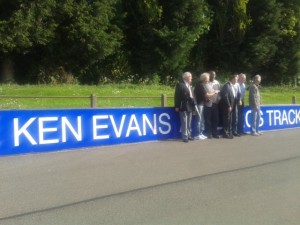