It was a very proud day for Wolverhampton and Bilston AC today. We have been awarded the Queens Award for volunteering. To celebrate this the Mayor invited us and the other two organisations in the city who have received it to a ceremony in the Mayors Parlour. The Mayor introduced everybody and the Deputy Lord Lieutenant for the West Midlands explained the award which is the equivalent of the MBE. Each organisation then did a short presentation about themselves. Mary Harding introduced the club and it’s history. Then levitra pharmacy four of our young coaches Paige Campion, Travis Christie, Simone McKen  and Tobias Nwenwu then gave some personal accounts. Everyone spoke very well and really made a good account of the club. There was a special award given to the club from the council to encourage new runners which Colin Thompson picked up on our behalf. As you can see the coaches and committee all enjoyed the afternoon. The crystal award is not available yet but will be on display at the club. 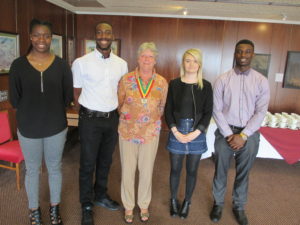 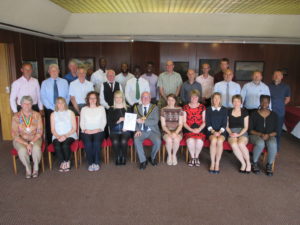 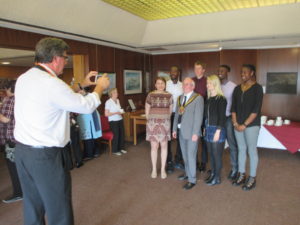 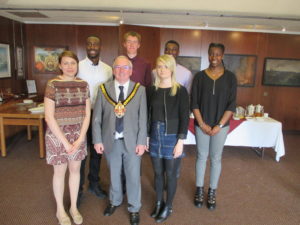