Some of our young Midland Hammer Champions 2016. 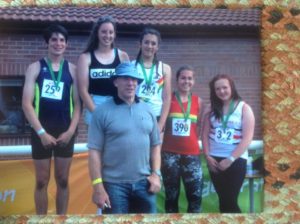 Stephen Pearson the coach is in the foreground.