Last big race of the year with Dave Smith coming 4th in 35:04 just beating Jodie Stimpson. Another great result for Paul Thacker in 7th in 36.05. Tess was second lady in 38:17.

By far the highest standard event held in this area. We had two entrants in the elite race Ross Jones 31:38 and Jack Sexty in 36:47.

There were 89 runners in less than 35 minutes with Ross in 25th.

We fielded a big team, with Audrey 22nd, Tess 29th and Jackie 64th being our scorers.

Very few Wolves people with all the cross country races. Victory for Mike Cornes of Black Country Athletes in 16:51 and Michelle Taylor in 23:27.

Another great event organised by John Brown. There are lots of photos on Facebook, Flickr and the West Midland Running Scene.

First and second ladies Audrey Wilson 30:59 and Jackie Halford 32:38 and Hayley Richards was third with 33:49. 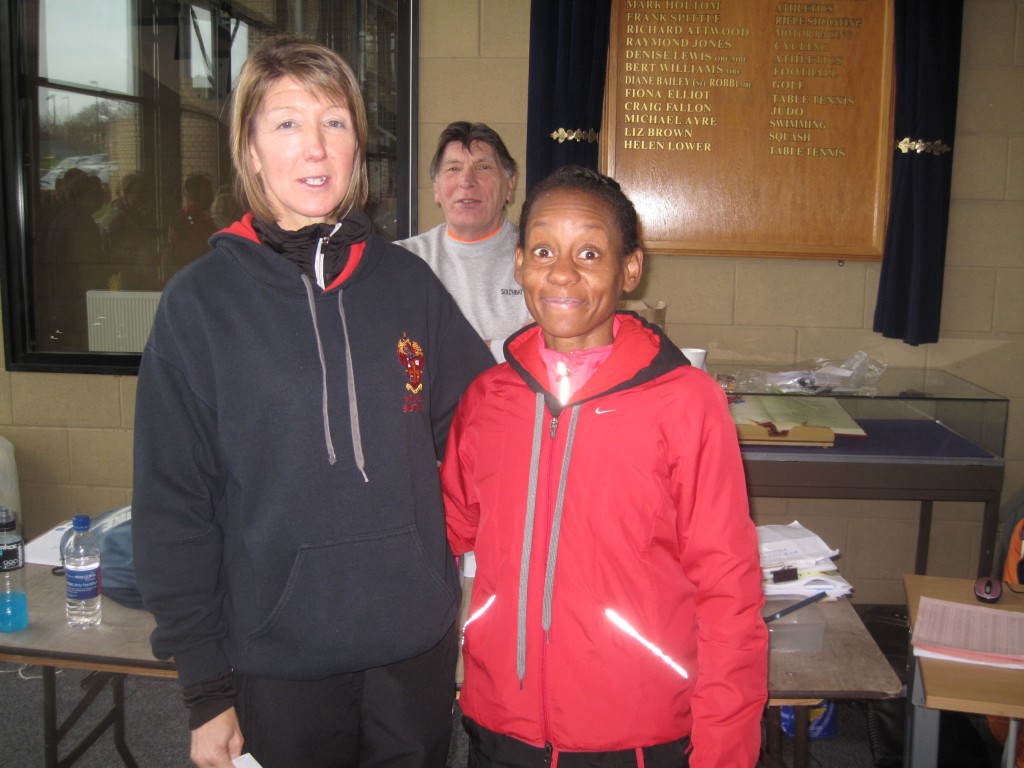 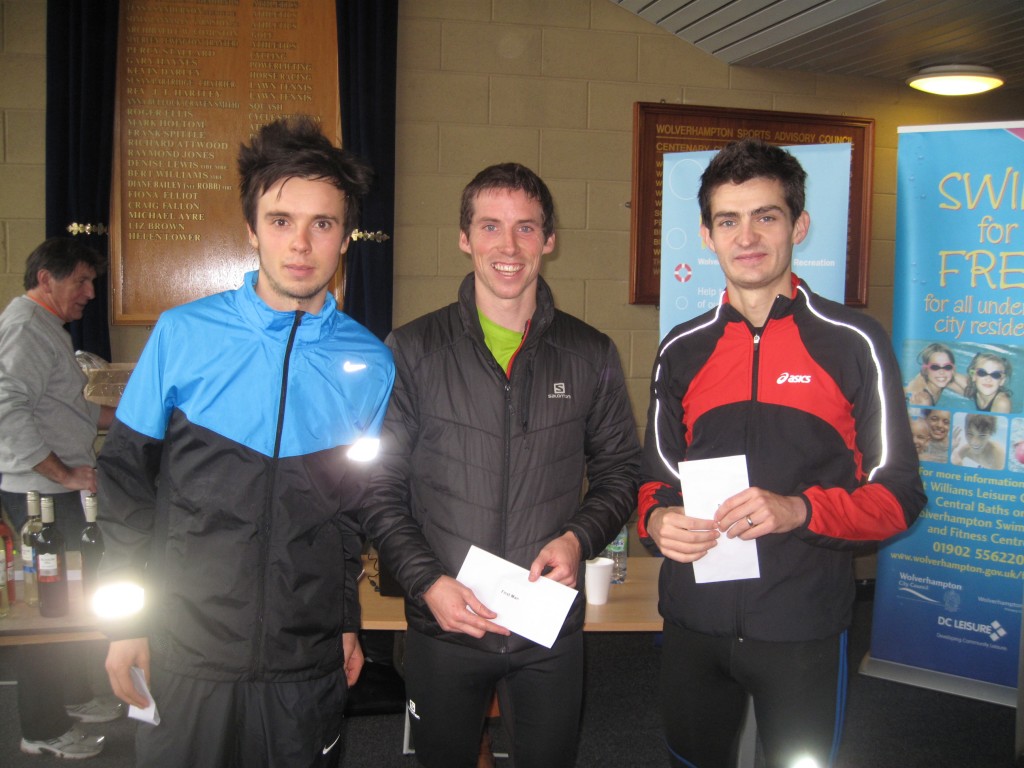 All action putting the results on the computer with web-master Jane Johnson.

Victory for David Ratcliffe from DASH 17:17 and Lynne Hill 19:01. No PB’s for Wolves runners but good to see Callum Eden back.

In the Ladies Audrey Wilson was third and the team of Audrey, Jackie Halford, Kathryn Morgans and Carrie Creamer came 3rd.

Victory for Ellis Garamszegi in 17:19, No PB’S as conditions underfoot were difficult and many athletes were competing in the cross country.

A superb days racing hosted by the club. Many thanks to the volunteers, coaches and athletes.

Many highlights in the 8 races with some great results for our athletes.

Have a look at the results www.wmyaccl.com 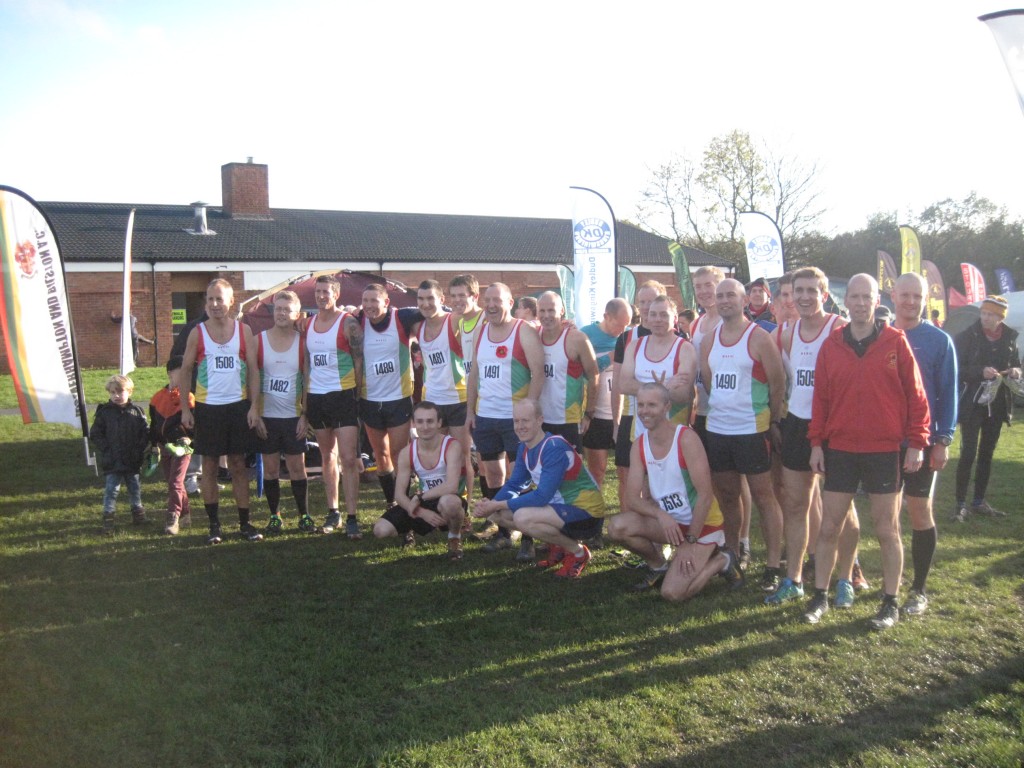 Great day with a wonderful turnout from everybody in the club, if only the results were based on the number of athletes we would be top of the league.

In the Mens Race Ross Jones was once again the star coming 8th overall, which was a great result in such a high standard field.

Our other counters were Dan Brazier, Paul Hammond, Brian Wright, Rich Carpenter and Steve Ward. We are lying 13th out of 16 teams. This is one above the relegation zone, it is going to be another relegation dog fight this season with maximum effort needed.

The ladies results are still been ratified as the organisers had some problems. Our three counters were Audrey, Tess and Kathyrn.

Jess Carroll took some great photos of us goung through the mud on www.flickr.com/photos/wolvesandbilstonac

Mens Results are on www.birminghamccleague.co.uk

Paul Thacker is running back to form with 2nd place in 38.02 just three seconds behind the winner. Results are on:

A big event with over 1,000 teams in all the events. The standard was very high with the top runners from all over the country competing. We had 12 teams with our Ladies A  26th, The best individual performance was from Amelia Samuels who came 4th in the opening leg of the Under 13 girls and had the 6th best time overall.

No Wolverhampton Park Run as it park being used for Bonfire party.

The Ross Jones/ Tess Clarke show goes on as they both won their events at the Canter. Good second places for Jay Toddington and Audrey Wilson.

A Wolves double with Ross Jones winning the mens in 40.48 and Tess Clarke winning the womans in 47.54.

There were lots of Wolves runners with Dan Brazier coming 3rd in 43.26 and Paul Thacker 10th in 46.41. All the results on www.westmidlandrunningscene.co.uk

Lots of photos in Shropshire Star. 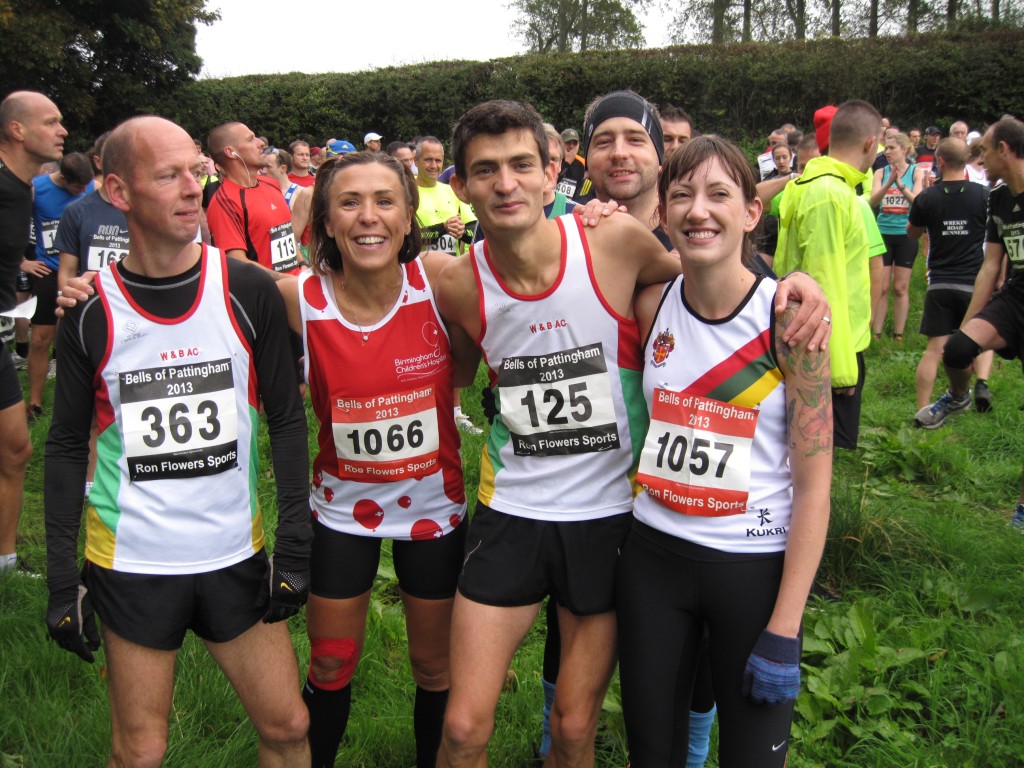 An invite with an incredible standard with many of Britain’s best runners. Wolves did well to qualify full results on www.englandathletics.org

A welcome return with Robin Sedman Smith coming first in 21:49 and our own Dan Brazier second in 22:20 quite a few runners with James Toddington 12th and Deb Blakeman 4th.

Lot’s of teams from the club at Walsall Arboretum.

The highlights were the woman who came 3rd.

The ladies race was won by Isher Mander from Tipton with Kathryn Morgans 2nd and Amelia Samuels 3rd.

Very few Wolves runners due to the Relays on the same day. Brian Wright was 2nd in 17:12 to a newcomer called James Skelton in 17:04, James is not a member of a club. A PB for Dominic Kemp in 21:25

The Telford Sexarathon series finished on Wednesday Night. We had just one winner this year, but what a winner. Jackie Halford won the Overall Ladies category, only the fourth Wolves and Bilston athlete to do so in the history of the event. She had lots of supporters on the night including Paul Carroll who brought the picnic.

Full results on www.telfordathleticclub.co.uk or www.westmidlandrunningscene.co.uk  where Brian Smith took lots of photos. 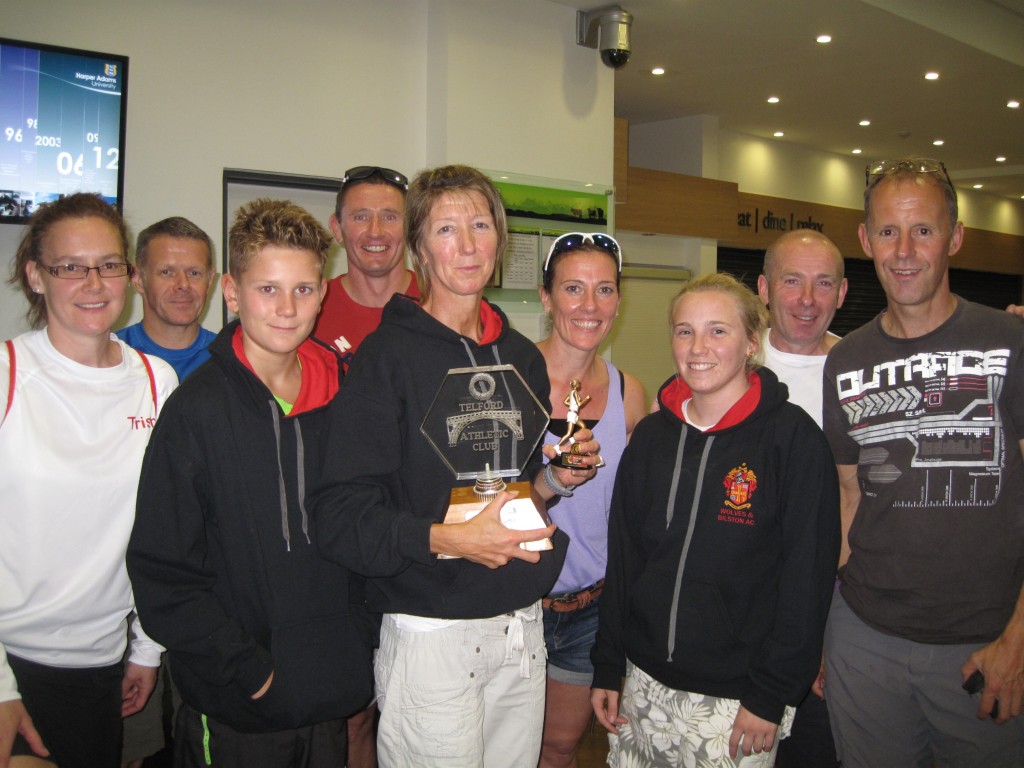 As the summer goes on here is a taste of what our road and fell runners have been up to.

Ryan Hodgkiss just missed out on his quest to break the 10 minute barrier for 3k. After doing 10:02.5 this time it was 10:00.9. However next year he stays in the same age category and should be challenging for medals.

Jamie Ward and Ryan Hodgkiss: Two of our star juniors. 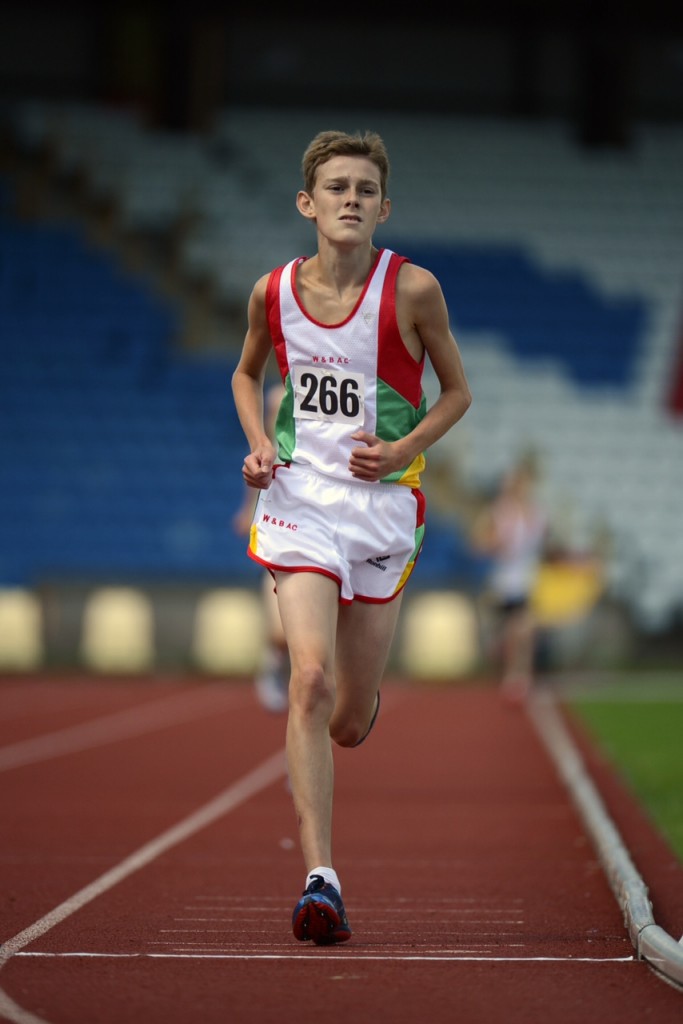 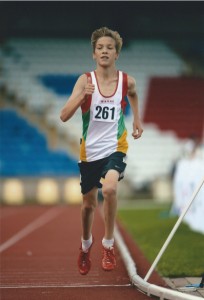 Congratulations to Amelia Samuels on being the first lady in 20.33 and doing a new age category record Fastest time for the men was by Adam Soley from South Cheshire who is joining Tipton in 16:29, Brian Wright second in 17:05. Personal Bests for Jack Sexty 17:45, Harry Cressewll 20:13, Carrie Creamer 21:55( first timer and new age category record). http://www.parkrun.org.uk/

A big new personal best for Jamie Ward in 17:04. There are not many people left in the club who can beat him!

The Vic Musgrove Fast 5k. Jackie Halford kept her lead position in the series and was second in the ladies race. Brian Wright was our first male runner in 11th position. Results on:www.telfordathleticclub.co.uk/races/sexarathon/2013

Victory for Wolves at Cheltenham in the league match see results on seperate post within this site.

New event with strong field , Ian Pincher came 19th and won a prize in the over 45’s.www.westmidlandrunningscene.co.uk

The Ironbridge 4 saw our Wolverhampton Ladies continuing to dominate with Tess Clarke winning the ladies race. Jackie Halford was 3rd, won her age category and continues to lead the overall series. In the mens race Brian Wright was 7th and Simon Calrow who was 20th won the over 50’s. 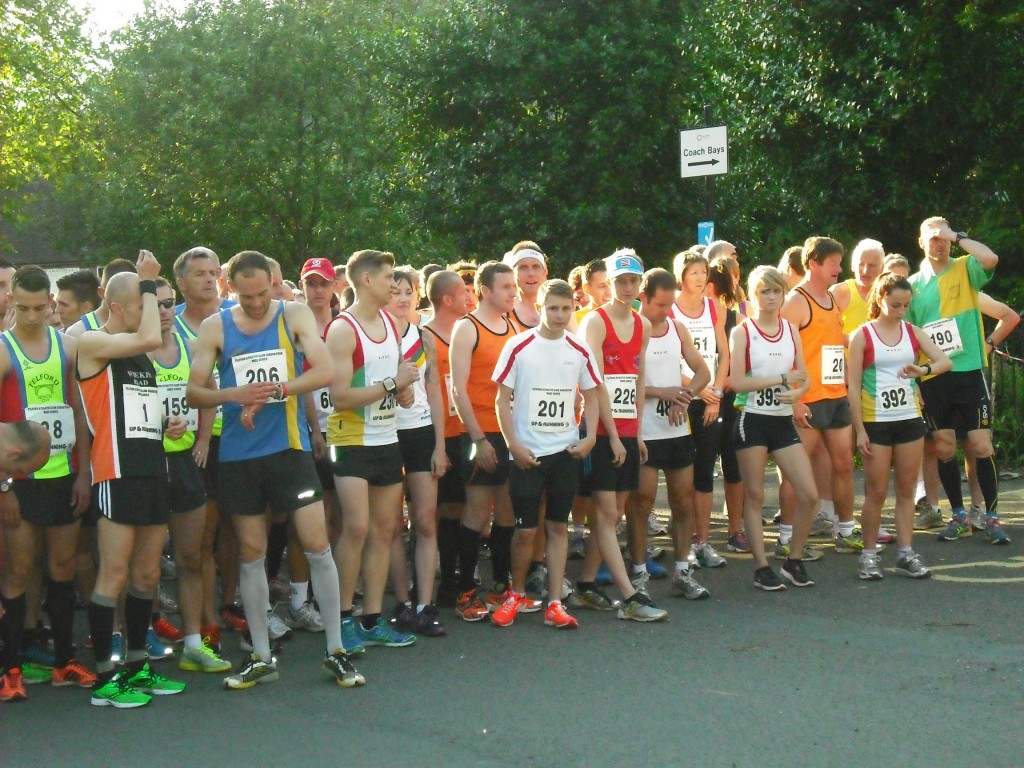 The results can be found on www.telfordathleticclub.co.uk/races/sexarathon/2013

Some good weather with Ian Stewart as starter and also offering some advice to many of our athletes afterwards.

Another windy day victory for Steve Abrahams and Tess Clarke (17;36).

A great turn out with 18 teams running on the night. Alas as there was only prizes for the winners, only Tess Clarke who won the fastest lady won a prize. Amongst many good performances the Team Cake  who came second were the biggest surprise.

The full results are on

Paul Tabor has extracted the Wolves runners times. It’s great to see some of the juniors doing such good times.

There was quite a bit of wind so very few PB’s. Victory in the Ladies for Molly Perkins in 20:34. Our first man was Paul Hammond who was second in 16:37.

Dudley And Stourbridge Harriers took first with Lee Slater in 15:46. Paul Waby took the best ever age category with 87.89%.

Victory for Tipton’s Phil Nicholls in 14:42 which was 45 seconds quicker than anyone of the other 25,000 runners in the country. He also takes Dave Smith’s age grade record at 87.87%.

Debroah Blakeman was the first lady in 43:04

Victory in the ladies for  Tess Clarke in 17:38 and 4th overall, Harry Creswell was 15th

At the Shropshire 4, Jackie Halford was the secpnd lady and is now the leading lady in the series. Brian Wright was 10th on the night and is 5th overall. Simon C remains the leader in the over 50’s. 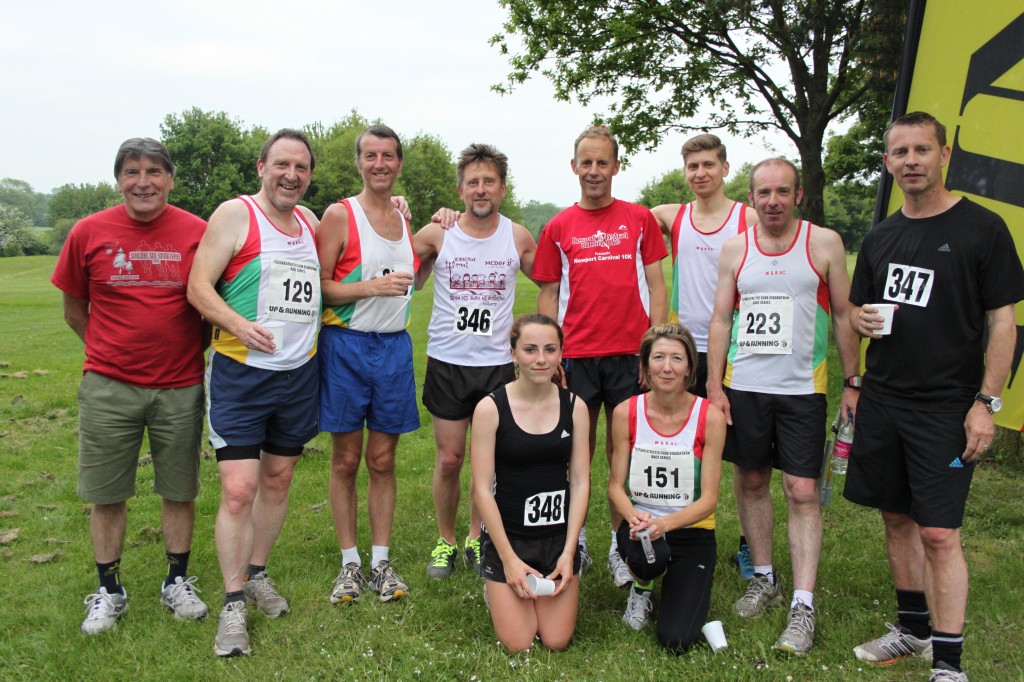 Wolverhampton run was not on due to a carnival at West Park. Some runners went to Telford where Audrey Wilson was first lady and Brian Wright second man. Age category records at Telford went to Brian Wright, Simon Calrow, Molly Perkins and Audrey. Meanwhile at Walsall David Smith was 3rd in 16:38 and took the Age Category record.

First with a new personal best of 16:11 Dave Smith also a new age grade record for Wolverhampton which was 87.64% and the 9th best of the 25,000 runners who did the Park Run last week. Paul Hammond was second in 16:33. Kathryn was was first lady in 20.56. New personal bests for John Abbiss, Lyndsey Scragg, Jo Patel, Owen Cooper, Roy Grew and Ruth Burton

Good performances but no medals for any of our teams. Best performance by Dave Smith 3 miles in 15:52 for the fifth fastest lap in the over 45s. Results on http://joelee.co.uk/resindex.html

Dan Brazier and his Fell Running 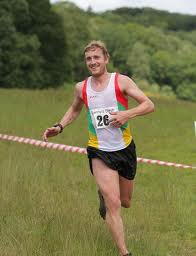 Dan Brazier has been selected for Staffordshire in the Inter Counties Fell Racing Championship at Settle on Sunday 19th May see www.fellrunner.org.uk , he is also leading the Shropshire Fell Series after winning the race at the Wrekin and coming 3rd in the Caradoc.  Update Dan came 42nd results are on the site.

Won by Tess Parkinson in 17:31 with Paolo Toni second www.wetmidlandrunningscene.co.uk

We had 99 entrants and 95 runners at the second annual Fordhouses 5k, on an unexpectedly chilly evening. There was a dead heat for first place in the race, with Wolves & Bilston runner Ross Jones finishing neck and neck with Martin Williams of Tipton Harriers in a time of 15:31.They shared first place, with 3rd position going to Steven Abrahams (16:11). First woman across the line was Wolves & Bilston’s Tess Parkinson in a time of 17:46, followed by Helen Russell of Bromsgrove & Redditch (19:23) then Birchfield runner Sue Street (19:26) taking third.

Barlaston Up & Down April 25th

Another strong performance by Paul Hammond, Dan Brazier and Brian Wright who came 1st 2nd and 3rd in the Spring Treble Series. Paul Thacker won the over 45’s prize and Wolves won the team prize.

In the first race at Lilleshall on April 17th. With a big Wolves turn out a victory for Tess Parkinson with Jackie Halford 3rd in the ladies.