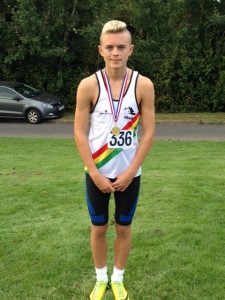 Several Wolves & Bilston Athletes turned out for the Telford Games despite being a day before the last Triangular League for the younger ones. The event saw some notable successes, particularly by Ellis Greatrex (pictured) who broke the course record (11.8) in the 80m Hurdles which had stood buy levothyroxine uk since 1991. Ellis ran 11.6 and also finished first in the 200m and second in the 100m. Well done Ellis.

Some other great performances on the day were: