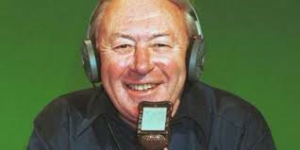 Noel has sent through the results from the meeting.

A one mile race, ‘ The David Coleman Mile’  is to take place on the track at Aldersley Leisure Village in honour of the Sports Commentator who recently passed away. David Coleman was our Club President  from 1982 and held the position for 13 years. The event will take place on 30th September and be attended by his family and friends. The event will begin at 4.30, with invited guests attending, followed by the Mayor/Mayoress of Wolverhampton who will unveil the commemorative plaque at 5.30. Races to start at 6.30 pm. We would like to encourage as many athletes as possible to attend the event. All abilities are welcome but please express your interest to your coach/team manager so that the officials know in advance how many athletes are expected and how to group them.

Just an update on the David Coleman Mile taking place on Tuesday 30th September at Aldersley.

Certificates to all finishers who take part.

The Mayor of Wolverhampton  Express & star, and members of the David Coleman family will be in attendance.

Plus a few invited  ex international athletes who graced the club in its glory days will be in attendance.

For those who may not know David Coleman was the voice of BBC sports covering every summer Olympics between 1960 – 2000 the host of Grandstand Sports night and the FA cup.

He sadly passed away in Dec 2013 and the club want to recognise what he did for the club and for the city of Wolverhampton. David was Wolves & Bilston A.C Club president from 1982-1995 and he played a massive part in one of our most successful periods.

A plaque will be unveiled in his memory in the foyer before the races, this will be an annual race in his memory.

All we need now is ATHLETES to take part so if I could ask those of you that would like to take part in the mile let me or David Guest know ASAP with an estimated mile time please before the 30th September.

I have now managed to work out a timetable for the races we have 90 club buy ativan athletes pre –entered  so the races need to start at 6.20pm to squeeze in seven races for an estimated 7.10pm finish.

Can you get athletes that have already entered to arrive from 6.00pm onwards to register and collect their numbers and remind them the £2.00 entry fee to use the track still applies.

Certificates will be handed out to athletes at the end of the race they can write their own names and when we get the results and times they will be displayed on results board/website.

We also need  help on the evening from 4.30pm onwards in the following areas so if anybody is available and can carry out some of those duties below let me know?

A selection of club trophies are in the office in plastic box to come out before 5.00pm

And finally we need some extra judges and timekeepers on the night as we will have between 12 -17  runners per race and we also need runners for results, so if you are not coaching or you know someone who can help let me know.

Thanks again for your support should be good night I will at Aldersley from 5.00pm on Tuesday.